The mark of Clarksville Foundry can be seen in various Nashville landmarks – from historic Ryman Auditorium to the Schermerhorn Symphony Center and nearby Shelby Street Pedestrian Bridge. 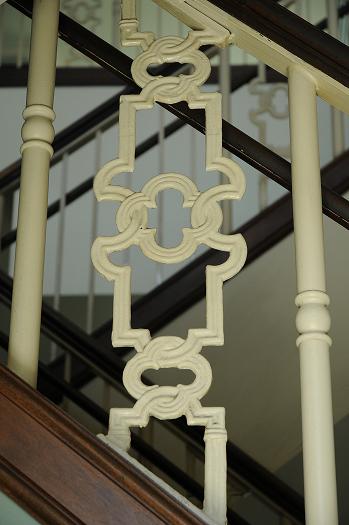 The Ryman Auditorium, a Nashville landmark since 1892, underwent a renovation in the early 1990s after 20 years spent vacant left the building in terrible shape. Clarksville Foundry participated in the $8.5 million renovation of the Ryman when it cast 63 stair panels for the renovation of the staircase. Using two of the remaining decorative stair panel components as patterns, the Foundry cast reproductions of the original panels used in the staircase railings and landings. The reproductions are nearly indistinguishable from the originals. The Ryman Auditorium, originally home to the Grand Ole Opry, sat vacant for after the Opry moved to a larger venue. Ryman Auditorium reopened in 1994, and in 2001 was certified a National Historic Landmark by the National Park Service. Today, it is considered one of the premier performance halls in the country.

The Shelby Street Pedestrian Bridge, one of the longest pedestrian bridges in the world, spans the Cumberland River in Nashville. Originally opened in 1909, the multi-span truss bridge was admitted to the National Register of Historic Places in 1998, and underwent major refurbishment in 2003. The bridge, which includes over 700 lighting fixtures, is a dramatic feature of the Nashville nighttime skyline. Clarksville Foundry, using a design provided by its client, cast hundreds of newel post caps in two sizes for the railing. Although other production methods were available, the unusual geometry of the caps made casting them the most economical process. 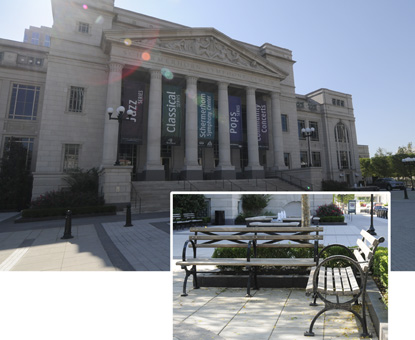 The Schermerhorn Symphony Center, home to Nashville Symphony, opened in 2006. Occupying a full city block and located in the heart of Nashville (Music City, USA), the facility boasts a public garden, enclosed by a colonnade. Numerous examples of the “World’s Fair Bench,” the award winning design of the 1939 New York World’s Fair, can be found outside the facility, nestled in the shade of the trees. Clarksville Foundry, partnering with Robinson Iron Company of Alexander City, Alabama, cast components for the benches, also known as the “Expo Bench.” The original bench design was designed by New York Parks Commissioner and Urban Planner Robert Moses for use in the 1939 World’s Fair, and the benches are still used extensively in New York City’s parks.