By Stacy Smith Segovia
The Leaf-Chronicle 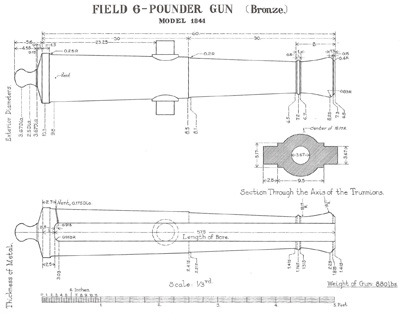 But as a history buff with an artistic eye, Foust loves making unique and beautiful pieces, not the usual stock in trade for a foundry that creates engine block and air conditioner components. His most recent prized product is a replica of a Civil War cannon.

"We made a brand-new pattern, but we used a drawing from an old book of Civil War armaments that had all the dimensions, so it would be as historically accurate as possible," Foust said.

One difference: upgraded materials. Civil War cannons would occasionally explode upon firing, killing or wounding anyone nearby.

Putting it in terms that a layman would understand, Foust explained that the shape of green peas meshes together much more strongly than that of much less rounded, less similar shapes — Corn Flakes in Jell-O. 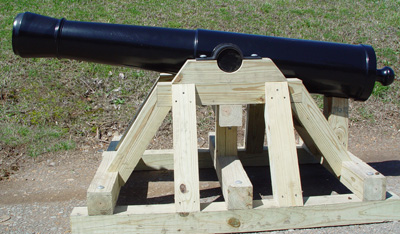 It’s interesting that Foust should choose to remember the Civil War in such a solid way — the cannon body weights 850 pounds — because the Civil War marked the only long closure of Clarksville Foundry in its 162-year history. In 1862, the Foundry, which was producing munitions for the Confederate Army, was closed by the Union Army and remained closed until 1867.

Foust got excited about the idea of making a cannon after seeing a drawing of it and hearing about events planned for the observance of the Civil War’s sesquicentennial in 2011. The replica, finished three days ago, is a Field Six-Pounder first built in 1841. The cannon, typically bronze, could shoot 6-pound cannon balls 1,500 yards, or nearly a mile. The cannons were originally made for the Mexican War, but also were made and used by both North and South in the Civil War.